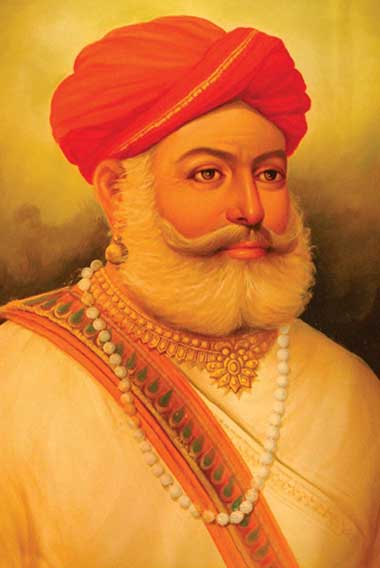 Bhamashah – An Icon for Indian Traders

Bhamashah who was a trader, a great Nationalist and patriot and who gave away all his wealth to save his motherland to Maharana Pratap was born on 25th June, 1547 should be declared as “Traders Day” in India, every year by the Government India.

Bhamashah, a trader, was remarkable character of the Indian history who gave away all his wealth to Maharana Pratap, the ruler of Mewar, to fight Mughal Emperor Akbar. He set up example of love and sacrifices for the country. After the battle of Haldighati Maharana Pratap had no resources at all to carry on the fight than Seth Bhamashah offered his whole wealth to Maharana. With his help the Maharana could organize another army and carried on the fight to preserve the independence.

Bhamashah also served as the Prime Minister to Maharana Udai Singh and under his rule the traders of Mewar flourished. The traders of Mewar who are often known as marwaris went to different parts of the country for trading as a result the economy of Mewar became strong. The culture of Rajasthan spread across India due to traveling of the traders. Bhamashah made it a point to save the traders. The convoys of trades were heavily guarded in those times. Bhamashah was born in 1547 and died in 1600. He also fought battles with the Ranas.

Apart from earning revenue for the Government, most of the educational health, social and other institutions are being run by the trading community across the Country even in far flung areas and therefore, the traders are often decorated with a dictum “Jaha Na Pahunche Bail Gadi- Waha Pahunche Jaye Vyapari”.

Therefore, the Government must rise to the occasion and declare 25th June as a Traders Day in India to recongnise the status of the traders in the Country. A tall statue of Bhamashah should be erected at New Delhi, the capital of the Country and the Union Government should allot a suitable place to Confederation of All India Traders to build a “Bhamashah Bhawan”.

Become a Member of CAIT Today!