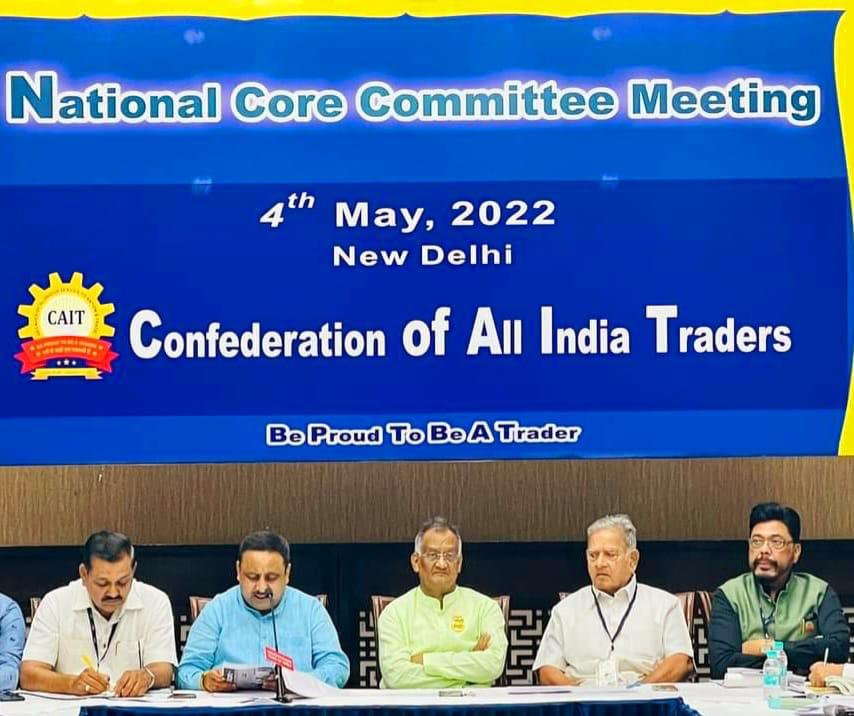 More than 50 top trade leaders of all States of the Country at a national meet of the Confederation of All India Traders (CAIT) today unanimously decided to lead the working of boosting exports of Indian products to Russia in the wake of war between Russia & Ukraine, in pursuance of the vision of Prime Minister Narendra Modi to boost exports of Indian products to other Countries of the World. This opportunity arises due to sanctions by European Union, USA and other Countries which is likely to cause scarcity of essential products in the first instant. Notably, several Russian Buying Houses backed by the Russian Government have reached out to CAIT for facilitating procurement of Indian goods to feed the Russian market.

CAIT National President Mr B C Bhartia & Secretary General Mr Khandelwal said that meeting of top trade leaders of the Country elaborately discussed the ample opportunities of trade in Russia. The complete trade opportunity that exists as of today in just the FMCG and Processed Food categories accounts for more than USD 10 billion. The opportunity if we add Garments, Footwear, Pharma and other categories is huge- said the trade leaders.

They further said that all the trade of US with Russia which is, exports of over $ 5.8 billion has completely stopped and can be easily taken over by India. Big American & European companies of the likes of P&G, Nestle, Unilever and many more have shut down, withdrawn or have been banned. Similarly other countries in Europe that have stopped trading with Russia have left a huge gap and a big market for Indian businesses. Russia’s leading individual trading partners were the United States China, the Netherlands, Germany, Belarus, Turkey, Italy, South Korea, Japan.

Mr Bhartia & Mr Khandelwal said that all this opportunity exists under the Rupee – Ruble trade mechanism which is being very actively set-up between the Russian Central Bank and RBI. To have hassle free trade flow between the 2 countries a provision is being made to set- up a Buying/Trading House in India under the aegis of the Russian Banks backed by the Russian Government. This Buying house will operate as a single window entity for the exporters in India and the importers in Russia.

Mr Bhartia & Mr Khandelwal said that the payment terms and conditions for the Indian exporters are very attractive and call for strict quality control measures as well.All the buying by Business groups in Russia is being supported by the Government backed banks in Russia. The big retail groups in Russia which own thousands of super and hyper markets will be the buyers to fill up their shelves across the length and breadth of the country. Thx

Indian Ayurvedic products are in huge demand in Russia. Both our countries have long shared a cultural bond over the years.The Russian citizens are highly educated and quality conscious and have always preferred Indian products. No products of companies belonging to the banned countries are allowed to be sold in Russia now.

Mr Bhartia and Mr Khandelwal said that Indian brands in all categories have an upper edge as compared to the Chinese brands in terms of quality and Chinese have no inroads in food products.India enjoys the Most Favoured Nation status with Russia and gets preference in trade activities. Special Customs Zones have been created in Russia to clear the goods being imported from India. To enable the trade flow and ease the shipping challenges, the Russian government is also preparing alternatives of sending Russian cargo aircrafts and Military cargo aircrafts to lift the cargo from India. Indian government is also considering re-activating the Chabhar port route for trade with Russia including all CIS countries.

As soon as the payment mechanism is set up and announced by both the governments, the trade flow will start.

Become a Member of CAIT Today!